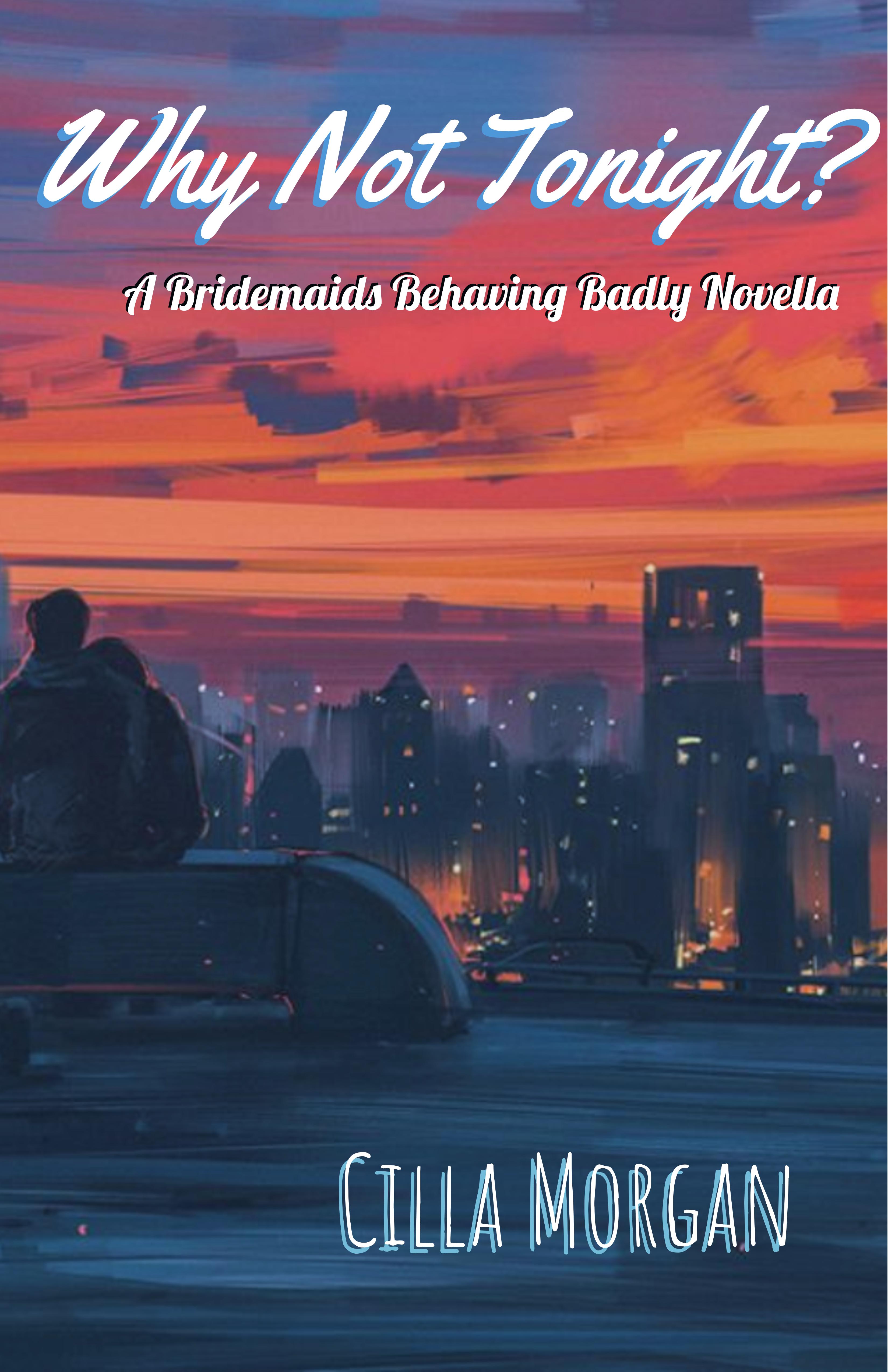 Deep inside, she felt a shiver and then another, until she was trembling. She felt herself melting before he'd even touched her and Victoria could only wish she had something sophisticated or eloquent to say in return, but all she could muster up was: "Me, too."

Which, it turned out, was enough.

He reached for her, pulling her hard against him. Before she could catch her breath, his mouth claimed hers with a delicious power that left her gasping. His tongue teased hers even as his hands began to roam her body.

Everywhere Ronan touched, she burned. Wanting followed her trembles like an explosion from her belly outwards. It shocked her with its intensity and need. All her life, Victoria Zahle had been a slow burn kind of girl; the naughtiest thing she'd ever let herself do had been to ask a stranger to kiss her on a night of heavy drinking back in college — and she hadn't even followed through on that! But, here she was, pressed between Ronan Lorier and a hotel wall moaning into his open, handsome mouth, wanting his hands to reach lower and lower.

Worries would have to be a problem for tomorrow. 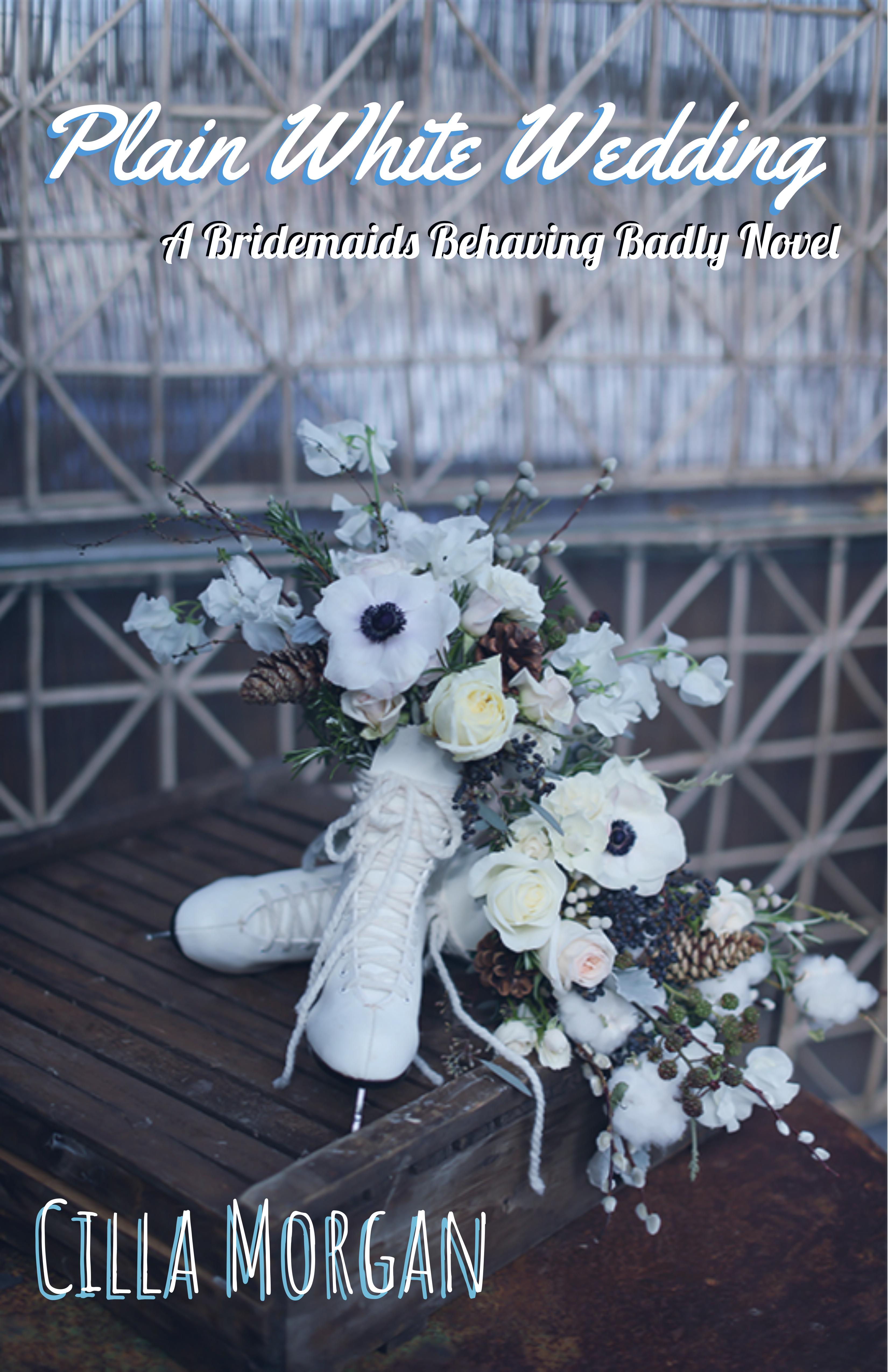 She imagined the cold of that day again, how you could pinch together your nostrils and feel them stick, how when you removed your mittens to lace up your skates, your fingers grew thick and red as sausages. She imagined the whoop of delight Hannah had let out when she skated off to the center of the pond — shawl flying out behind her. She imagined her sister's bright blond hair waving out with her shawl. Most of all, she remembered the feeling of Hannah's hand in hers when they walked down the slippery hill to the pond, small and warm and utterly trusting in Katie's ability to keep her from falling.

The pressure on the dowsing rods stopped and Katie opened her eyes when Adam sucked in his breath. "She looks just like you," he whispered.

Hannah skated away from them, making figure eights about six inches above the surface of the water. "The pond was higher then, wasn't it?" Adam asked and Katie nodded. "That's why she seems to be floating."

"You see her," Katie murmured, her heart lifting out from her memories. She dropped the dowsing rods and threw her arms around Adam. "You can see my sister!" Belatedly suspicious, she drew back to quiz him. "What color are her skates?"

"Kind of green. Light, like sherbert." Adam lead her to the bench at the edge of the pond. "Tell me what happened that night."

And, for the first time in twenty three years, Katie Ellis spoke about the night Hannah Ellis died. 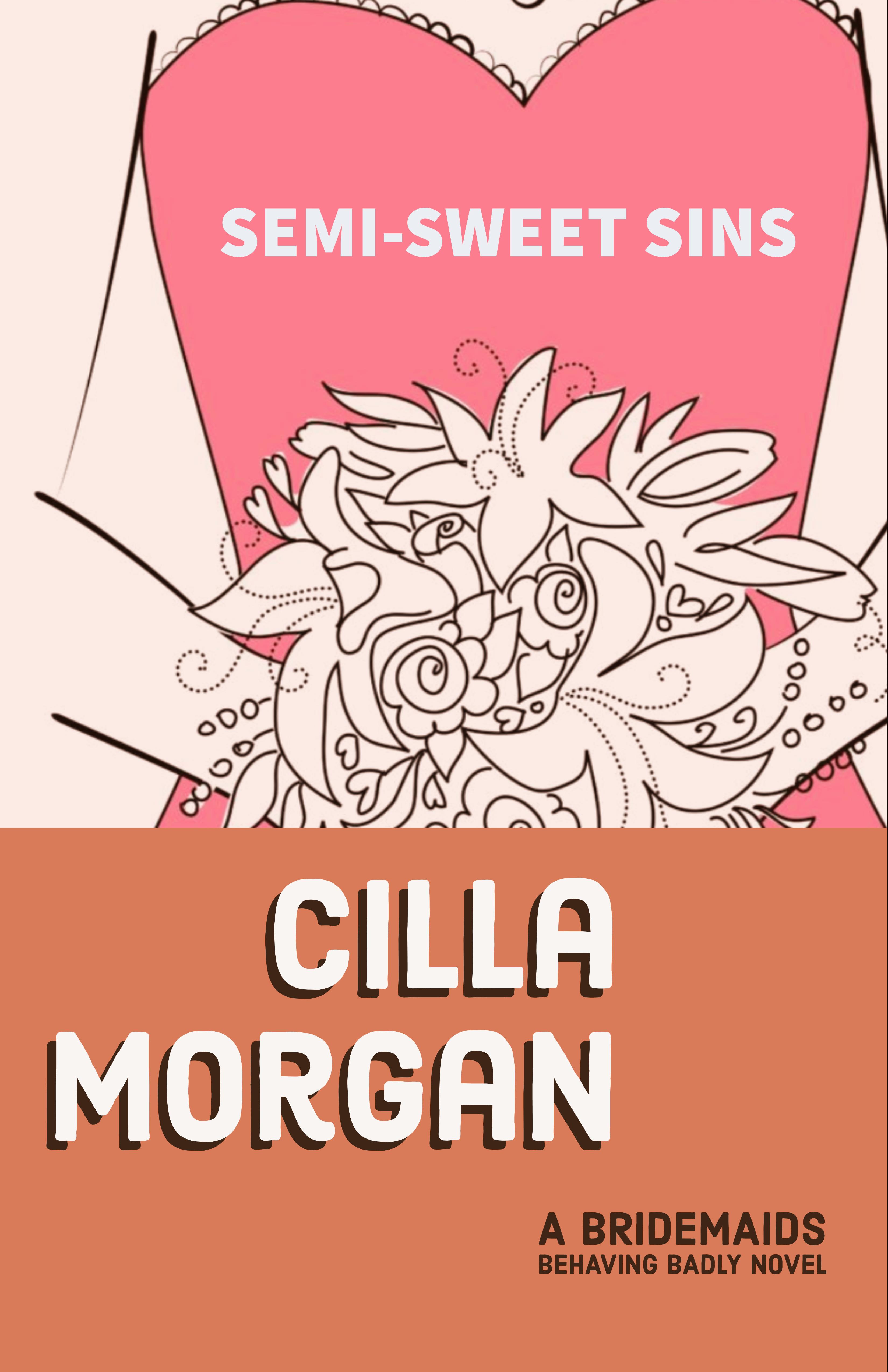 Someone else taking care of her was a novel experience, which was probably what made it so appealing. Except for her grandmother, Carly Montgomery had never had anyone try to make her feel loved save for herself. Her mother tried, but thanks to her father's bullying, she'd always fallen short. With his impossibly high standards and demands, Richard Montgomery had diminished all his children's self worth and made them more insecure than any children ought to be.

But Ben had held her the entire walk to his car, making her feel safe and cherished. After seeing him with the kids at the park and viewing his unwavering concern for her now, she knew more than sexual attraction drew her to him.

Carly tipped her head upward and met his concerned gaze. He caused her to feel a whole new host of emotions — and not a one of them platonic. All solid. All good, and warm.

She gave herself a shake down and swallowed down her swelling need. He was Logan's best man, for Christ's sake. She could control the good girl image for the weekend and avoid at least one cliché. "In the kitchen. The cabinet to the left of the microwave." She followed him the short distance and waited in her small walk-in kitchen while he sorted through the cabinet. When he turned to face her again he was holding onto a light antiseptic to clean her cuts, some antibiotic cream and bandages.

He took the box off the shelf and held it up for closer inspection. "Barney?..."

Heated flush crept over her face. It was going to be a Hell of a lot easier avoiding sex with Ben than she would like. 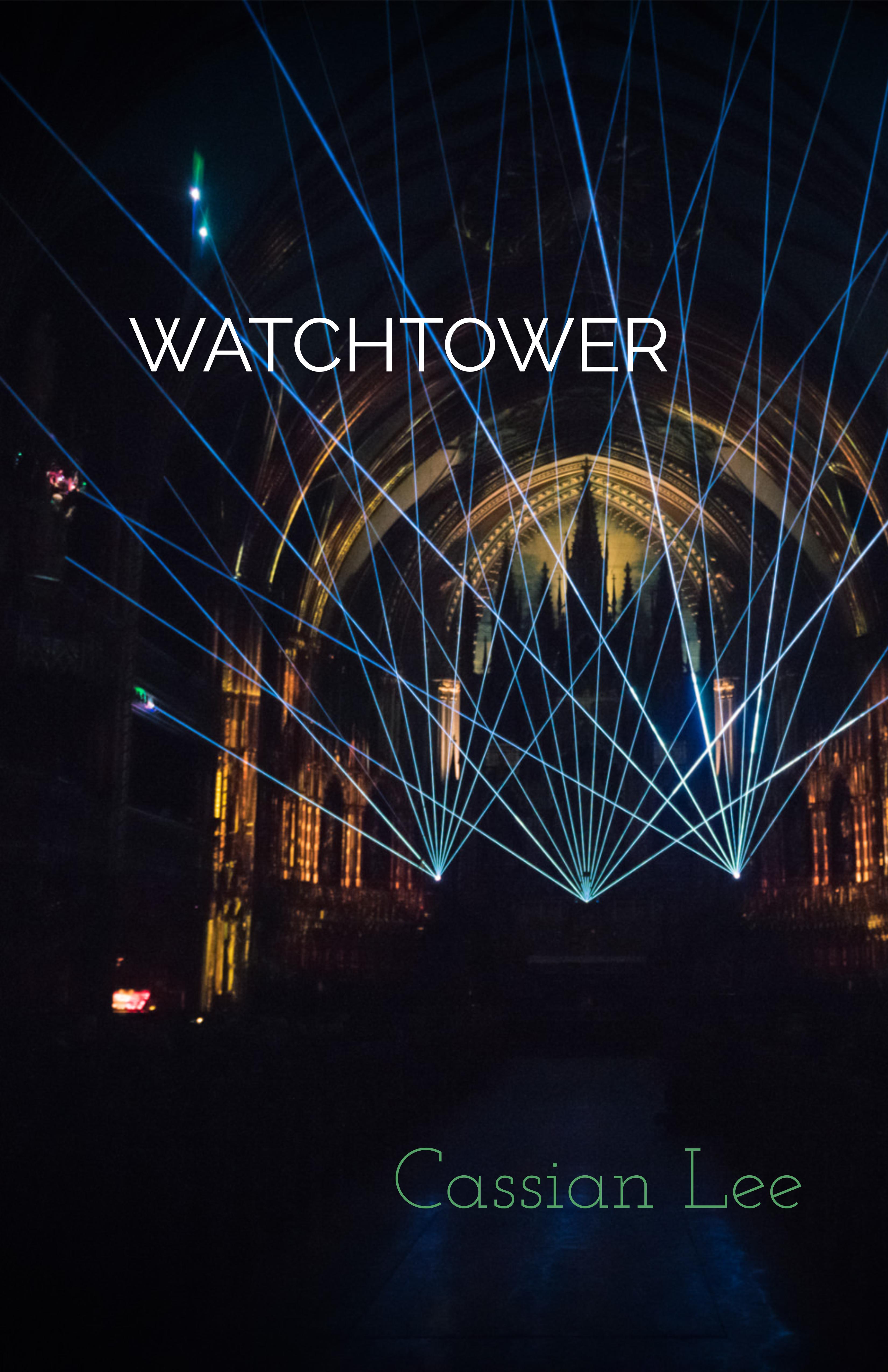 "It was as if I was on the edge of that world, and when you put your hands over my eyes, you pushed me into it."

Calvin nodded, remembering how she'd looked in the first few seconds after he'd removed his hands — as if she'd just taken off a pair of goggles which had been dipped in powdered sugar. "It was pure instinct. And you're right, it is like a world. I keep thinking of it just that way; some world full of aura."

"It's wonderful, isn't it?" Lois leaned back to sigh. "I mean, it's scary, and when it first started to happen to me — back in late July, or was it early August? — I was sure I was going crazy, but even then... I liked it, too. I couldn't help liking it."

Calvin gazed at her then, startled. Had Lois ever been so transparent to him? Had she ever been a woman of gossip, of open border? No, it was worse than that. You thought about her as the shallow end of the pool, buddy. You saw her pretty and far off and... No, he couldn't go there anymore.

They were together in this, an uneasy journey through a brand new world.

Calvin Sanders lived a relatively normal life. Everything was perfectly average; an average home, an average job and absolutely average hobbies. Then, one day, he falls off his fishing boat in Lake Cherry only to wake up seemingly caught between two worlds. Just when he gets the hang of things and starts to find beauty in the lights of others, he realizes the shadows that lay beneath everything — including himself — might be more than they seem, too. 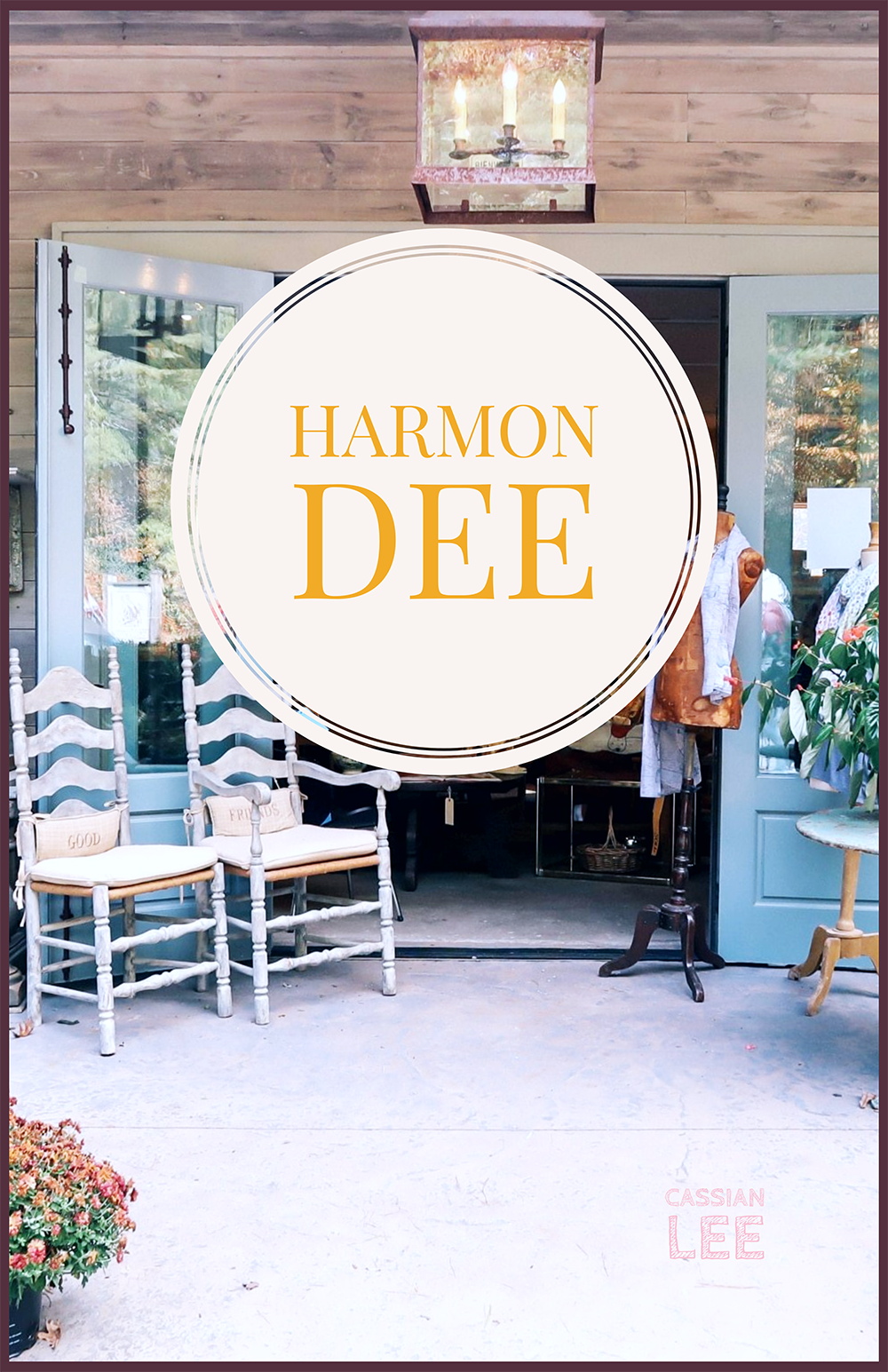 Julie had never been to The Mellow Lion, so she wouldn't have known that was the background of the Polaroid in her hands. She wasn't a total innocent, though; she had watched enough TV and been to enough movies to know a bar when she saw one. The photo showed a man and a woman sitting at a table in what appeared to be one corner (a cozy corner, her mind insisted) of a large room. There was a pitcher of beer and two Pilsner glasses on the table. Other people were sitting at other tables behind and around them. In the background there was a good sized dance-floor.

The man and the woman were kissing.

She was wearing a sparkly sweater top that left her midriff exposed with a skirt of what appeared to be white linen. A very short skirt. One of the man's hands pressed familiarly against the skin of her waist. The other was actually under her skirt, pushing it up even further. Julie could see the blur of the woman's panties.

The man's back was to the photographer; Julie could make out only his chin and one ear. But she could see that he was very muscular, and that his black hair was mown into a rigorously short crewcut. He was wearing a blue tee — a muscle tee, she'd heard her daughter call it — and blue sweatpants with a white stripe on the side.

Donovan Burrows exploring the landscape underneath that chippie's skirt.

No! her mind proclaimed in panicked denial. It can't be him! Donnie doesn't even go out to bars! He doesn't drink! And he'd never kiss another woman, because he loves me! I know he does, because...

"Because he says so." Her voice, dull and listless, was shocking to her own ears. She wanted to crumple the picture up and throw it out of the car, but she couldn't do that. Someone might find it and if they did, what would that someone think?

No, there were other ways to right this wrong. And Julie Burrows might be freaking out, but Juliette Bouchard was cool as a cucumber on her way to the new man in town.

When sweet old Harmon Dee opens up shop in the last wrap-around porch of small town Monmouth, the news is on everyone's tongue. That is, until the people begin to vanish. What does it take for a community to realize that the line between need and want is sometimes painted in shades of sin? 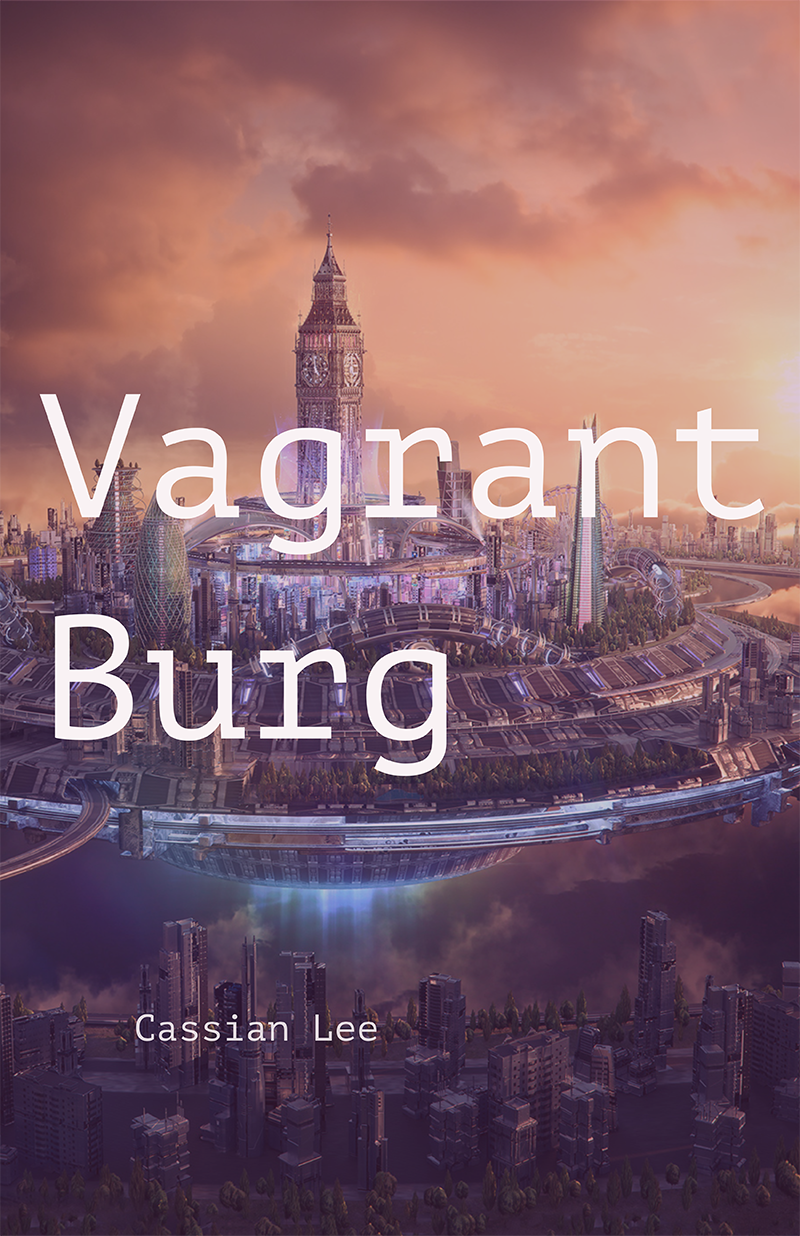 Badr had been in Vietnam for so long it was the only home he knew. He remembered another one, dimply and with a combination of rage and fear. In nightmares he experienced again his father looming over him, drunk and stained by America and its lack of work.

C'mon, his father would say to him in his nightmare memory. Just you an' me, Junior, without your mother to save your stinking, worthless ass. He sounded like the men on the line, all those beer bellied workers who he had sworn he'd never be. As his father stripped bedcovers off of him and struck at his ear with a force enough to pass out from, Badr knew how far his whole family had fallen even as a child.

And they continued to, again and again. Was that nightmare? Or was it past clawing back?

Badr did remember the day he had faced hi father down and — after years of beefing up at the gym, with T.E.A.R.S., and on the first and only leave he had used to return home — with one stunningly quick left hook, had set him down on the pavement in the front of the Pittsburgh ghetto tenement in which Badr had left them.

And when his father spoke, the smile behind the blood he spat out was sly and crimson glowing. A devil smile. A dark spark. Been waiting a long fucking time, kid. He had said, not bothering to rise up from the ground — well aware of the fear he struck just laying there with that wicked smile on. Just remember I made you what you are.

Badr shook his head off the rest, already knowing the answer to the terror of what came next was all too real. A nightmare couldn't begin to match.